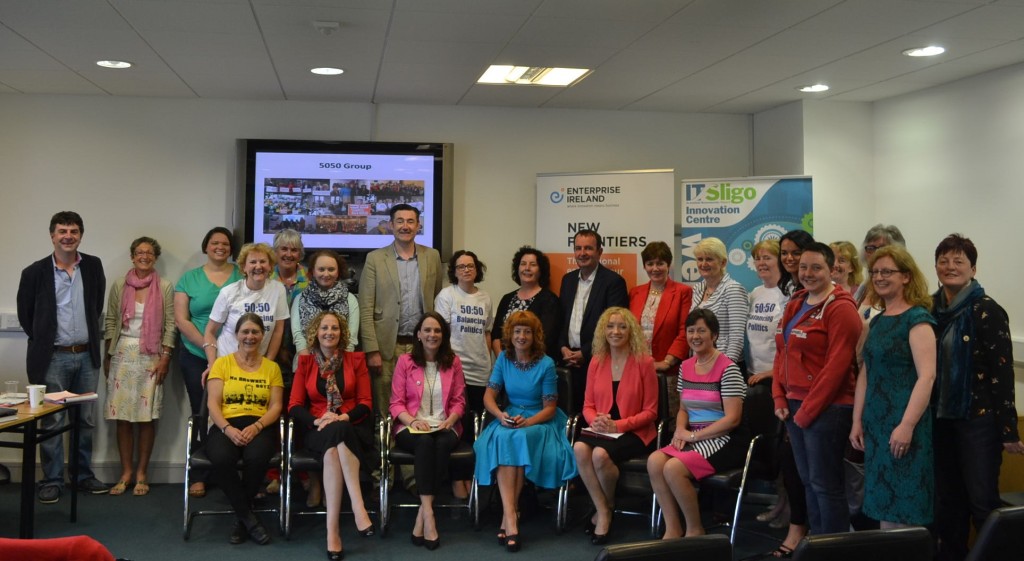 In the elections of 1918 Hannah Sheehy Skeffington, a leading feminist suffragette,  wanted to be selected as a candidate. However, she was only offered a seat she had no chance of winning so rejected it. Over 90 years later similar concerns were being discussed at a women and politics seminar in Sligo.

Following the seminar the 5050 Group will be asking candidates in the forthcoming general election to support family friendly politics and the implementation of quotas for local elections.

The seminar, ‘1916-2016 Equality for Women 100 years on’, was held at the Institute of Technology, Sligo and was organised by 5050 North West, an advocacy group campaigning for equal representation in Irish politics. 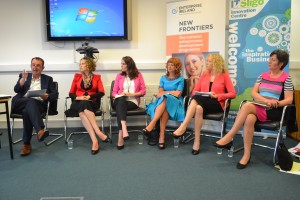 Cllr.Sinead Guckian expressed her disappointment at not getting selected at Fianna Fáil’s recent selection convention. She was critical that ‘there was no sign of the party’s ‘Markievicz Commission report’ which made recommendations on increasing female participation.

While not all liking the idea of gender quotas, councillors acknowledged they are necessary to get more women on the ticket, emphasising they were a ‘temporary’ measure until the playing field is level. 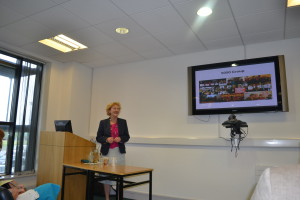 Incumbency is regarded as a key barrier as one councillor stated ‘how do you get past the men who’ve been sitting TDs for the past 20 years?’

Reference was made to the 1999 ‘scrappage scheme’ which offered financial incentives to councillors to step down in order to bring new blood to local politics.  Having a retirement age or limiting the terms of office was also muted.

The kernel of the problem, highlighted by speakers, is the reluctance of many male politicians to step down and to share power. A sense of ‘entitlement to the seat’ is prevalent.

Councillors agreed that politics needs to become more family friendly for both women and men. For rural TDs the long hours means much time away from family; female TDs don’t even get maternity leave. 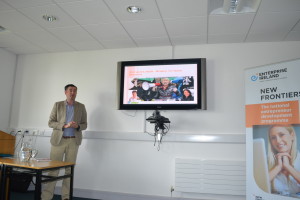 Dr. John Pender, Lecturer in politics, IT Sligo, highlighted that the Dáil has always been at least 85% male. The 2014 local elections resulted in a small increase in women’s representation going from 17% (2009) to 20.5%.

John referred to interesting developments in Sweden and Norway where a women’s political party, ‘Feminist Initiative’, is gaining momentum. Disillusioned that mainstream parties were not taking gender equality seriously women set up their own party and their first MEP, a Roma named Soraya Post, was elected in 2014.

Claire McGing, 5050 Group member and Maynooth University lecturer, spoke of how few female political role models have emerged in the North West region. Claire said ‘Fine Gael’s Mary Reynolds was the first woman TD elected from the North West, representing Sligo-Leitrim from 1932 and 1961. She also holds the record for the woman winning most Dáil elections’. The constituency has seen only one female TD since then – Marian Harkin (2002-2007) who has been an MEP since 2004. 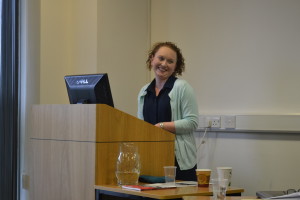 The seminar was reminded of campaigns for equality in the last century.  Dr. Micheline Sheehy Skeffington, grand-daughter of Hannah Sheehy Skeffington, spoke about the influence of her grandmother. Coming from ‘a long line of troublemakers’ and continuing the family tradition, Micheline discussed the gender equality case she won against NUI Galway for failure to promote her to senior lecturer.

Highlights from the seminar